Want to have a day filled with amazing scenery, lots of laughs, fabulous food and learn to bake the traditional bread of the Garfagnana? All you need to do is sign up for a day with Erica from Sapori e Saperi and you too can experience what we did on this sunny Monday in the mountains outside of Lucca.

Up and around we went passing tiny towns clinging to hillsides, snow capped mountains off in the distance and trees just starting to flower.

Paolo  (with Erica translating) gave us a good introduction to exactly what he does on his farm.  His mother was the local bread maker and he has carried on the tradition after her passing. Paolo introduced us to the various types of flours and the basic ingredients that go into his bread and we were thrilled to know that we would each be making our own loaf.

We each went up to his work station and took turns ricing hot potatoes into the flour mixture and then gave it a go trying to incorporate the water into the dry ingredients. 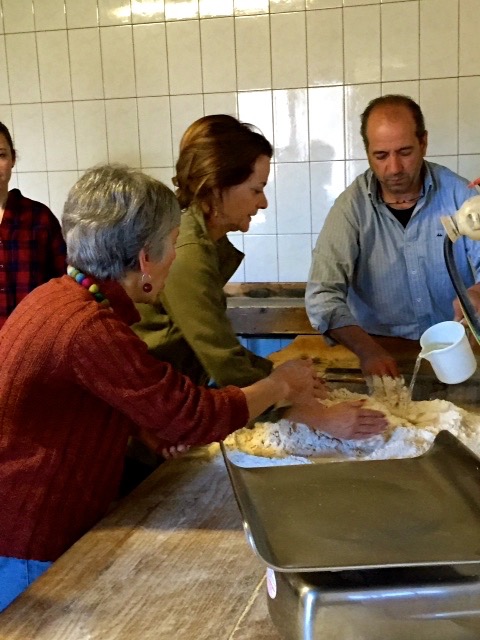 Next came the kneading, which is no easy feat for the seven loaves we were  making, but nothing compared to the two hundred loaves Paolo usually makes on the weekend (with the help of a mixer) for the neighboring towns. 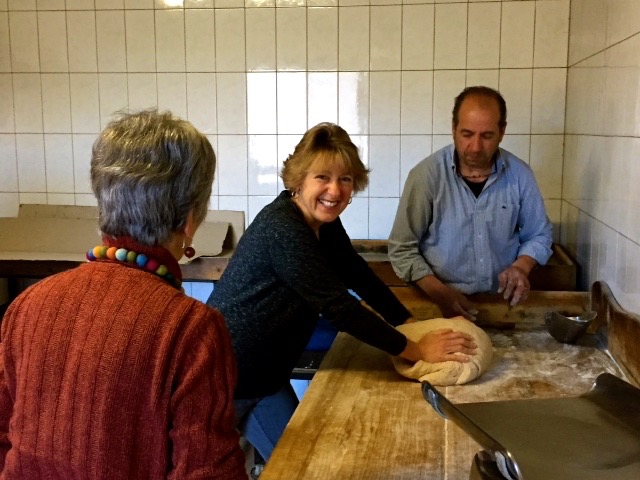 We each formed our own loaf with a little guidance from Paolo and set them to rise while we adjourned to his dining room for a mid morning snack.

The loaves were dusted with cornmeal and set on a table lined with a cotton cloth. 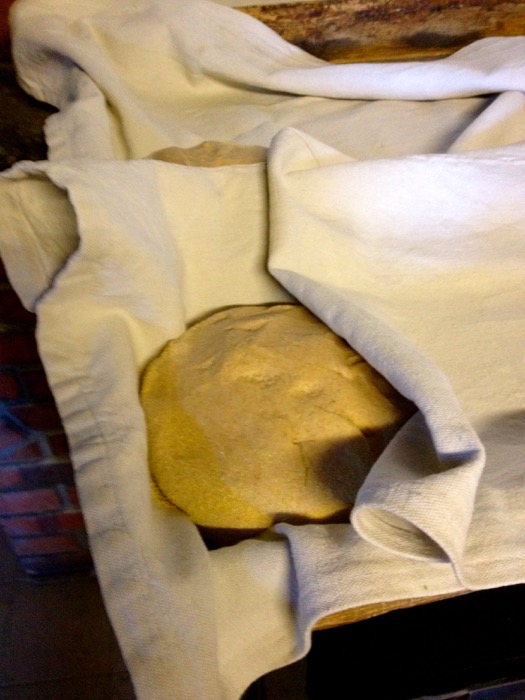 Before we left the fire was lit so that it would be ready by the time the loaves had risen.

We sampled locally cured meats and cheese with freshly baked bread along with piping hot pasta fritta (fried dough). What a delight to break open one of the pastry balls and stuff the prosciutto and cheese inside!

Once the loaves were risen Paolo cleaned out the oven and in went the bread.

One hour until the finished product so we took time to tour the farm (Paolo raises cattle and farro-more on that later).

We each left with a loaf of bread under our arm, but not before being served a four course lunch by Paolo’s wife. A big thank you to Paolo, Daniela and Erica for making this a day we’ll always remember.  And let me not forget Marzio who whisked us safely along those mountain roads.  Grazie! 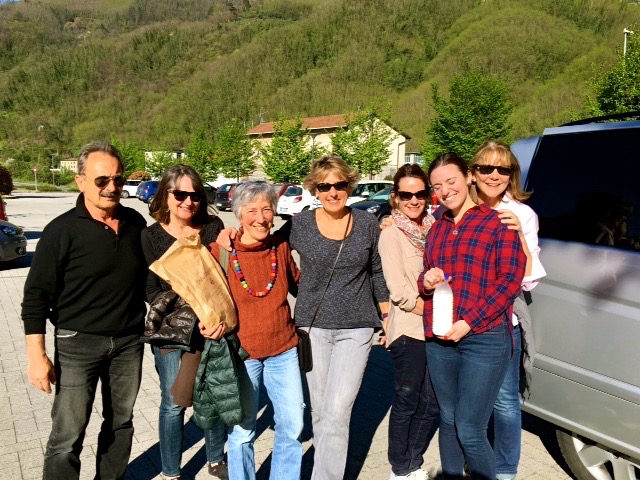 12 thoughts on “Meet The Baker-Paolo”