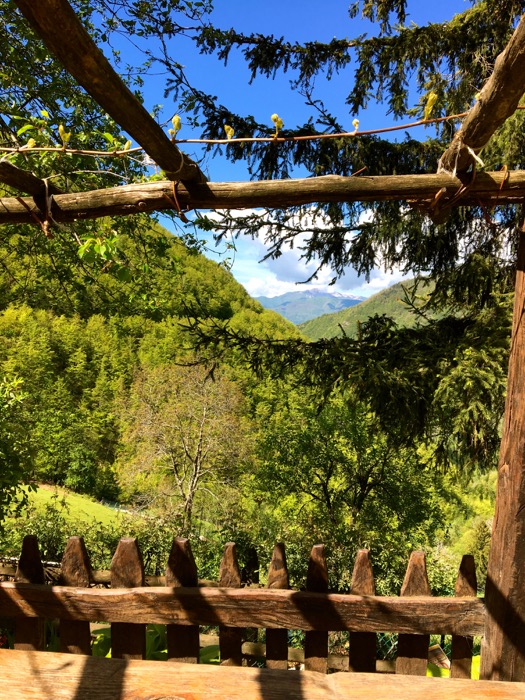 If I were to ask the participants of my Panini Girl tour which was the favorite day of our week together I have a feeling that they would say our trip up into the Garfagnana, the mountainous region north east of town. Besides being incredibly scenic, it’s a bit like stepping back in time. This was my third visit to Cerasa, the farm at the very top of a very windy road and I felt the same excitement upon arrival as I did the first time. 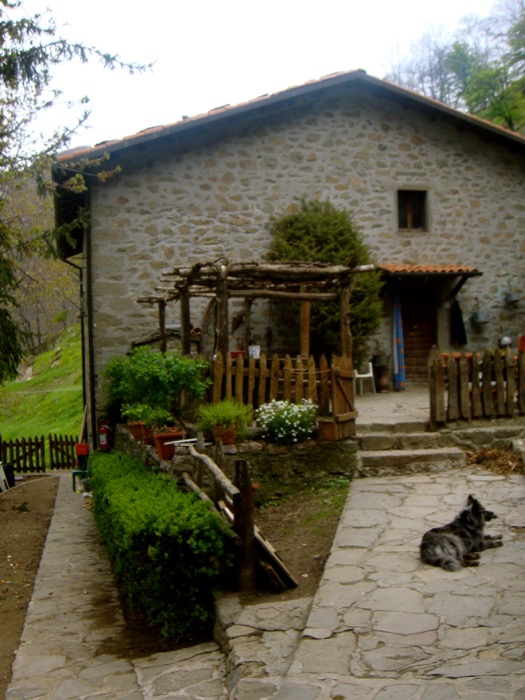 I discovered this little piece of paradise some years back when I was researching cheesemakers in the Lucca area. Lucky for me I stumbled upon Erica who runs Sapori e Saperi, a company specializing in small group tours connecting you with food artisans from the area. Your day with Erica is most certainly one you will remember forever. She is incredibly knowledgable about this region and its traditions and you will definitely feel that you have had a very unique experience. 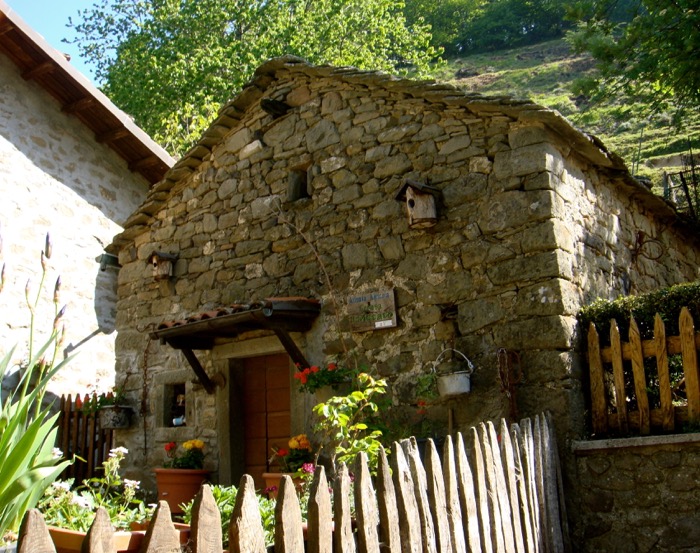 I have a thing for cheese and am fascinated as to how it is made. The white horned sheep pictured below is a breed that has been reintroduced to the area and they supply the milk for the pecorino cheese that is produced on the farm. The sheep get milked daily and that means that for part of the year Gemma makes cheese every day! 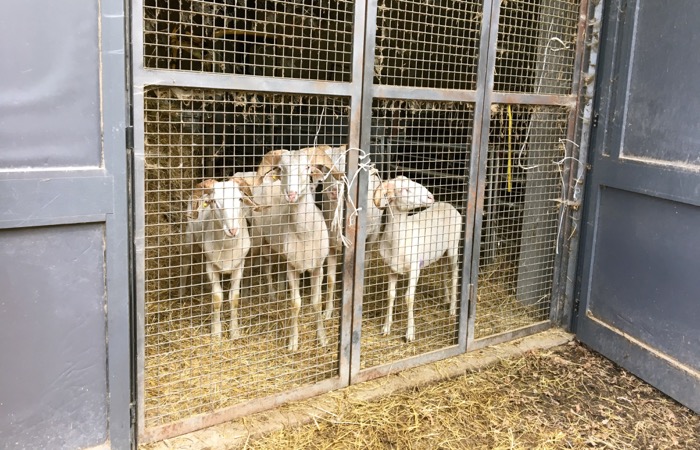 I won’t go into the whole process, but we witnessed milk being turned into pecorino. Here you see Gemma stirring the curds in a large cauldron which has been used for who knows how many years. 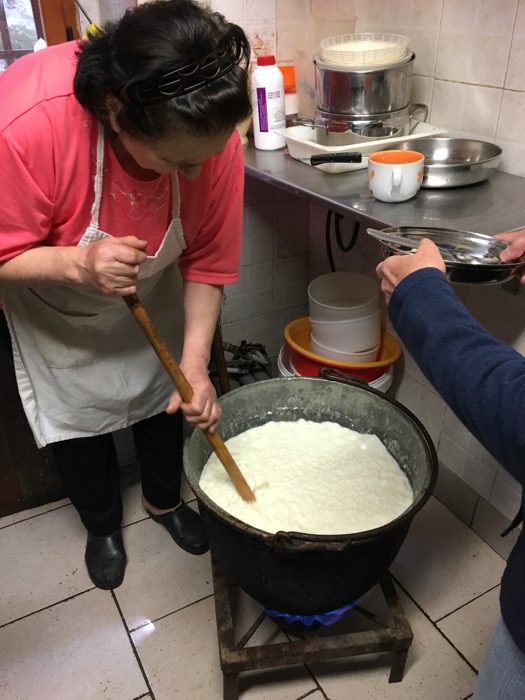 I was amazed that she puts her hands into this nearly scalding milk to pull out the cheese! 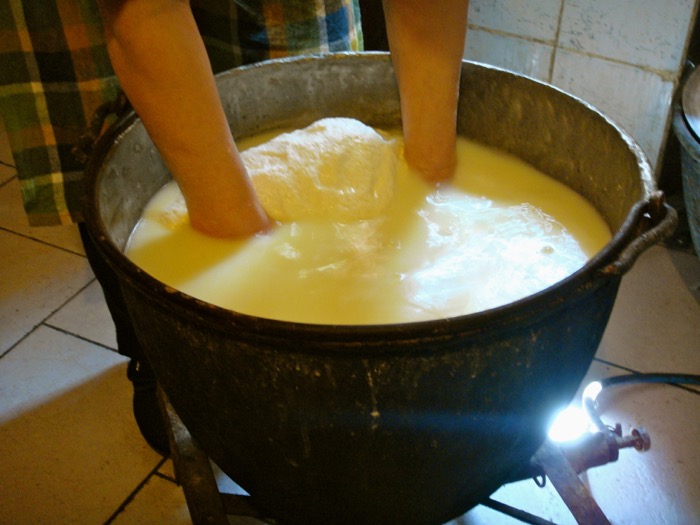 It’s then pressed into molds and set aside in their cave to age. 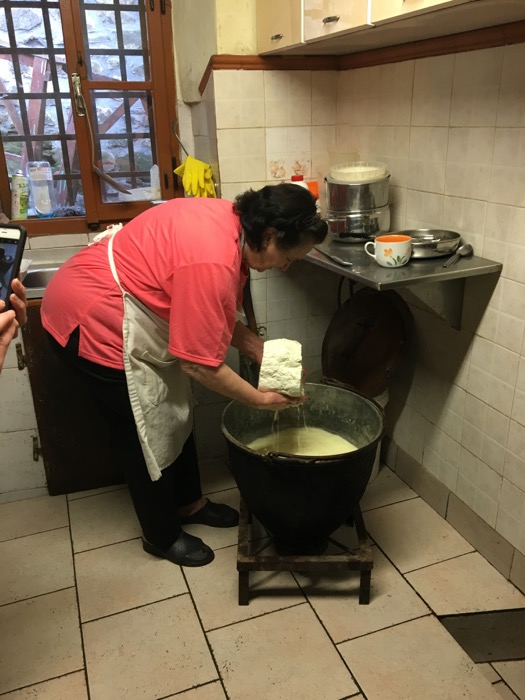 After the pecorino was done Gemma went on to make ricotta with the whey and we were lucky to be able to taste it as soon as it was finished. By the way ricotta is not actually cheese, but a by product of making cheese. 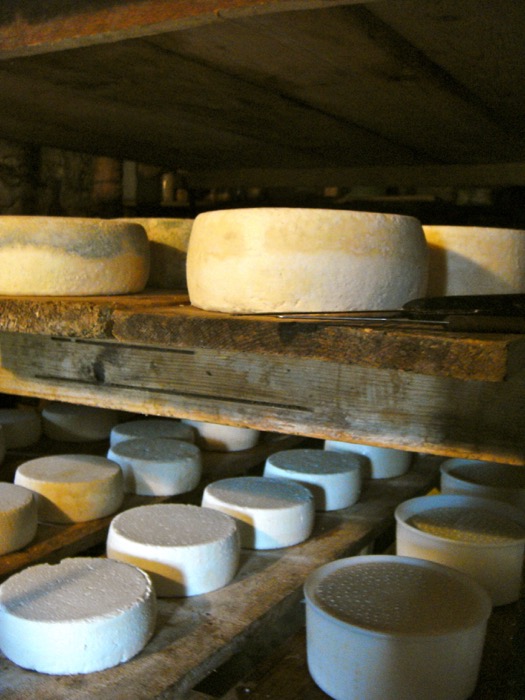 Although the cheesemaking was an incredible event, the lunch we were served was nothing short of amazing. We were seated in their dining room along with a group of workers who were building a fence to keep out the wolves. These men provided the entertainment for us (even though we had no idea what they were talking about) and as they were leaving one of them came back in and serenaded us with O Sole Mio! 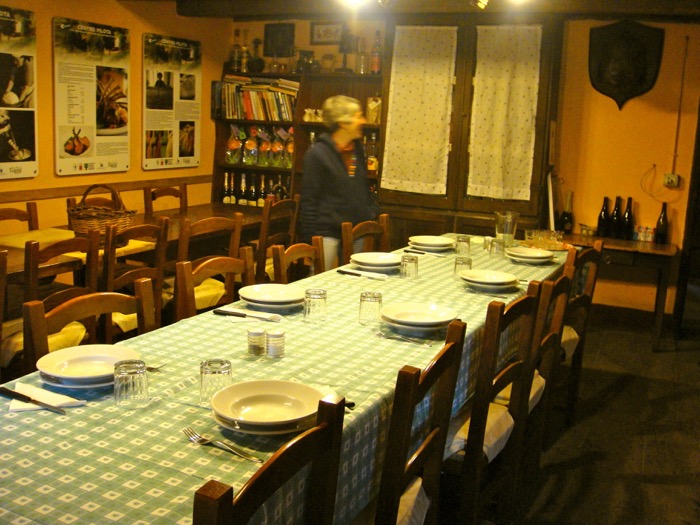 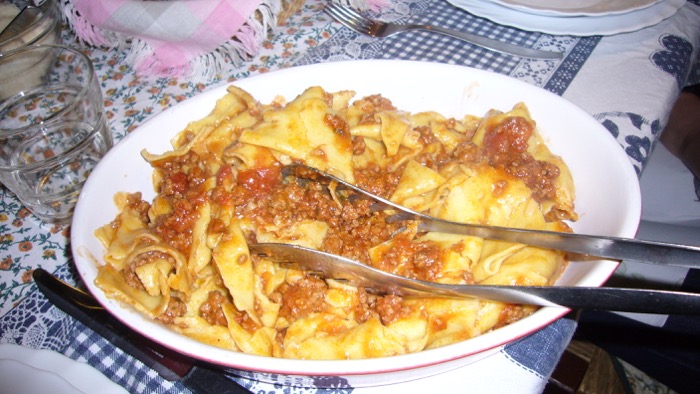 We were treated to salumi  (salami and proscuitto) made right there on the farm and crispy pickled vegetables that we all plan on recreating at home. Next was homemade pasta with a meat sauce, followed by roast beef with “to die for” roasted potatoes and a salad of radicchio. Of course we also sampled some of their aged pecorino. By this time we were stuffed, but not too full for the freshly made ricotta topped with a wild blueberry sauce. 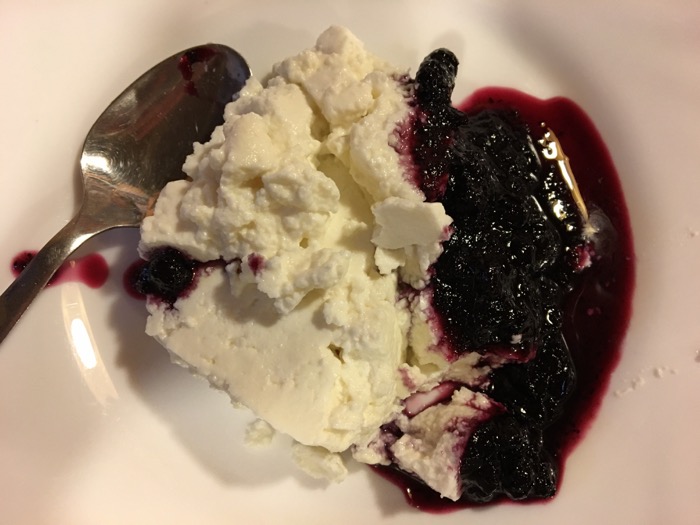 Thank you to Erica, Gemma and Ombretta for creating a day chock full of wonderful memories.

Some day I hope to sign up for Erica’s course on cheesemaking!