Every time I left my hotel I passed these wooden doors. When I first arrived in Bologna it was the weekend and many of the little shops on the streets in the immediate neighborhood were closed. I assumed that there was some kind of business lurking behind these doors, but there wasn’t a sign so who knew? 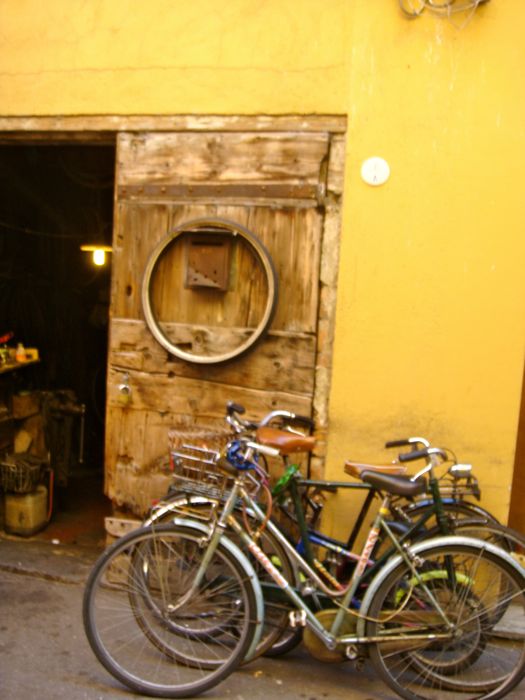 Finally on Monday morning when I passed by I saw that the doors were open and noticed these bicycle tires hanging on the door.I peered inside the dark room and found it crowded with bicycles. I couldn’t see anyone inside and wondered who was working here. 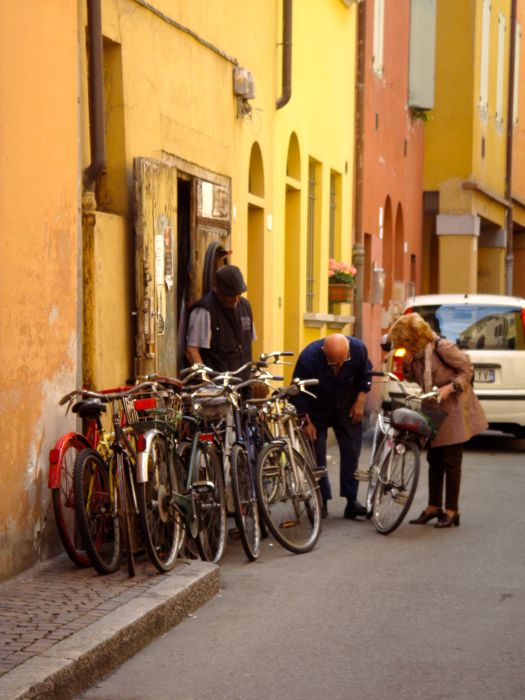 Finally one afternoon as I headed back to the hotel I saw the proprietor, an elderly gentleman, checking out a client’s bike. I tried to get a closeup of him in the shop, but it was just too dark in there. I wonder how long he’s had his bicycle repair shop?

10 thoughts on “The Bicycle Shop”