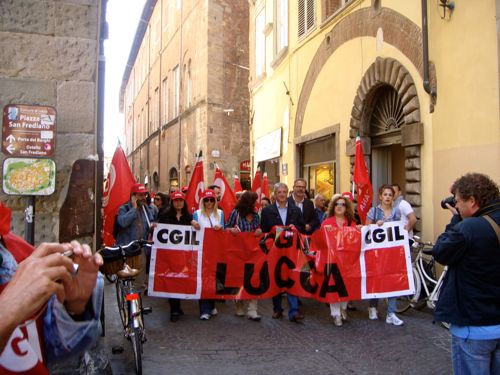 Or in other words “strike”. Yesterday was one of the “announced” strikes which Italy is famous for. At least they let you know! It was on the news and posted in the bus station and I just happened upon this parade of strikers.What I found curious was that their parade was led by a police car which cleared the way for them. Next came a van with a loudspeaker blaring out their demands. I was fascinated.

6 thoughts on “Do You Sciopero?”